The Baumanns Cave was discovered by chance in the 16th century by the miner Friedrich Baumann. Organized tours have been taking place here since 1646.

Presumably the most famous visitor was the German poet and naturalist Johann Wolfgang von Goethe. He visited the Baumanns Cave several times in the years 1777, 1783 and 1784 and for this reason he is also name giver to the largest cavity in the cave, the Goethe Hall.

The Baumanns Cave consists of several interconnected cavities. The Goethe Hall as such was created by rinsing out water. However, it only reached its current size in the course of time due to several cracks in the ceiling.

The Goethe Hall, which is open to the public, is more than 300m² in size and offers space for up to 300 guests. There are two stages, including stage craft, as well as the artificially created Wolfgang Lake with a maximum depth of 0,8 meters. The water temperature of the lake is similar to the surrounding temperature and is approximately 9° C. 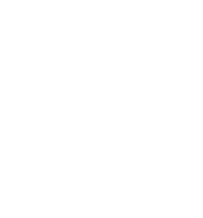 The Goethe Hall was not always called like that – until 1928 it was run as the “dance hall”. 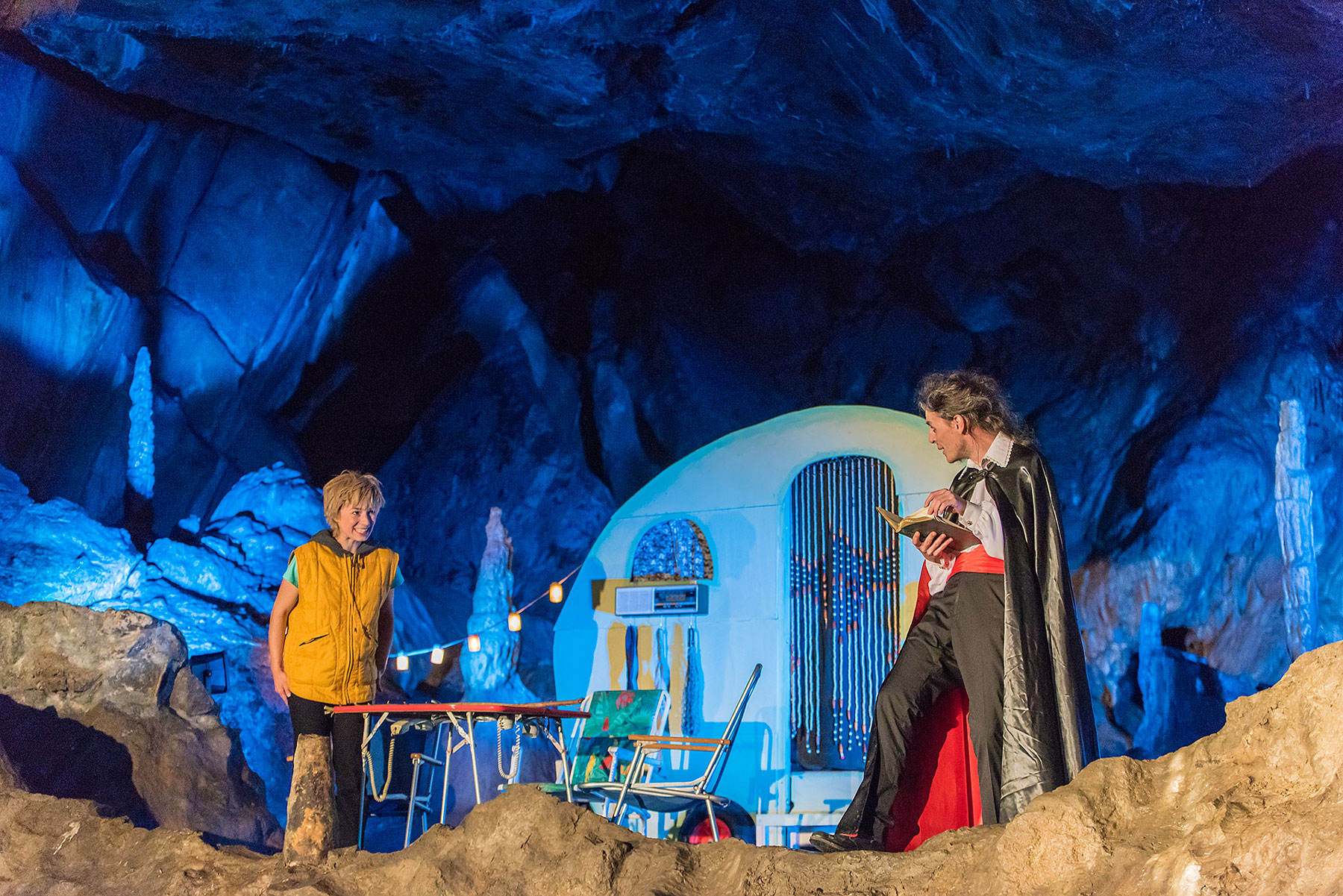 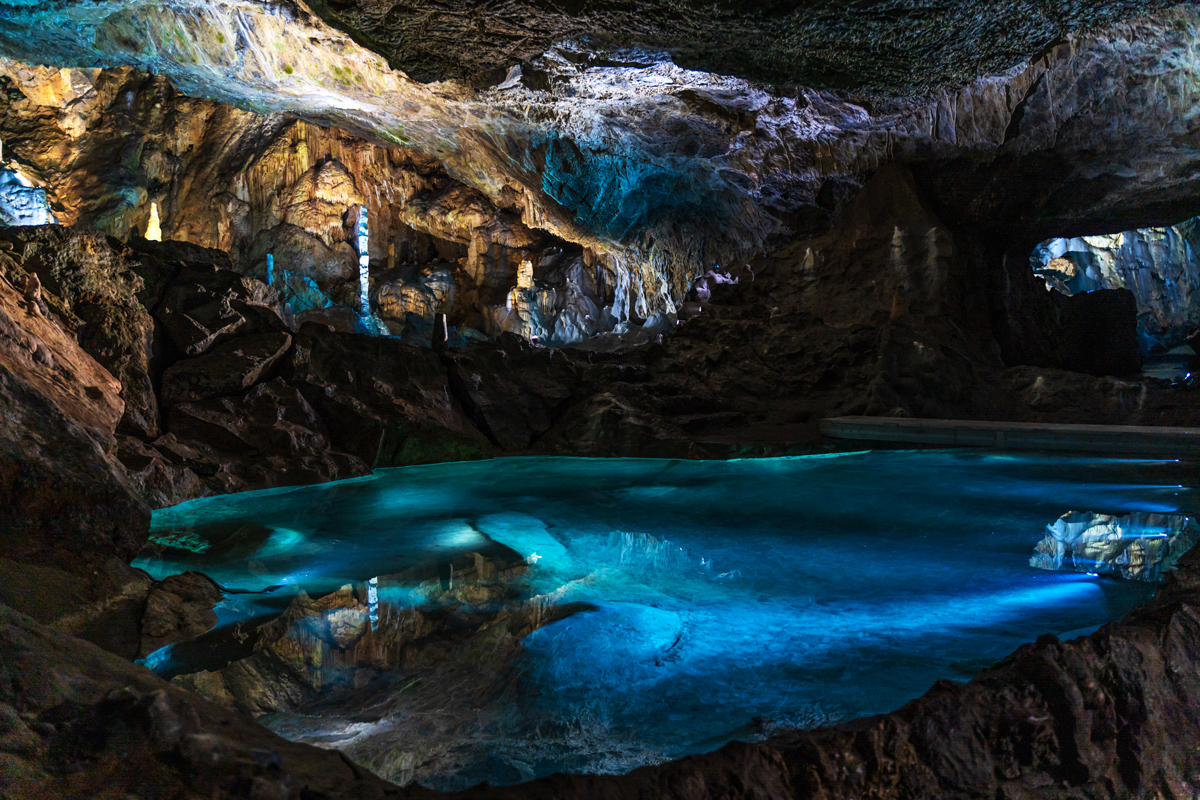 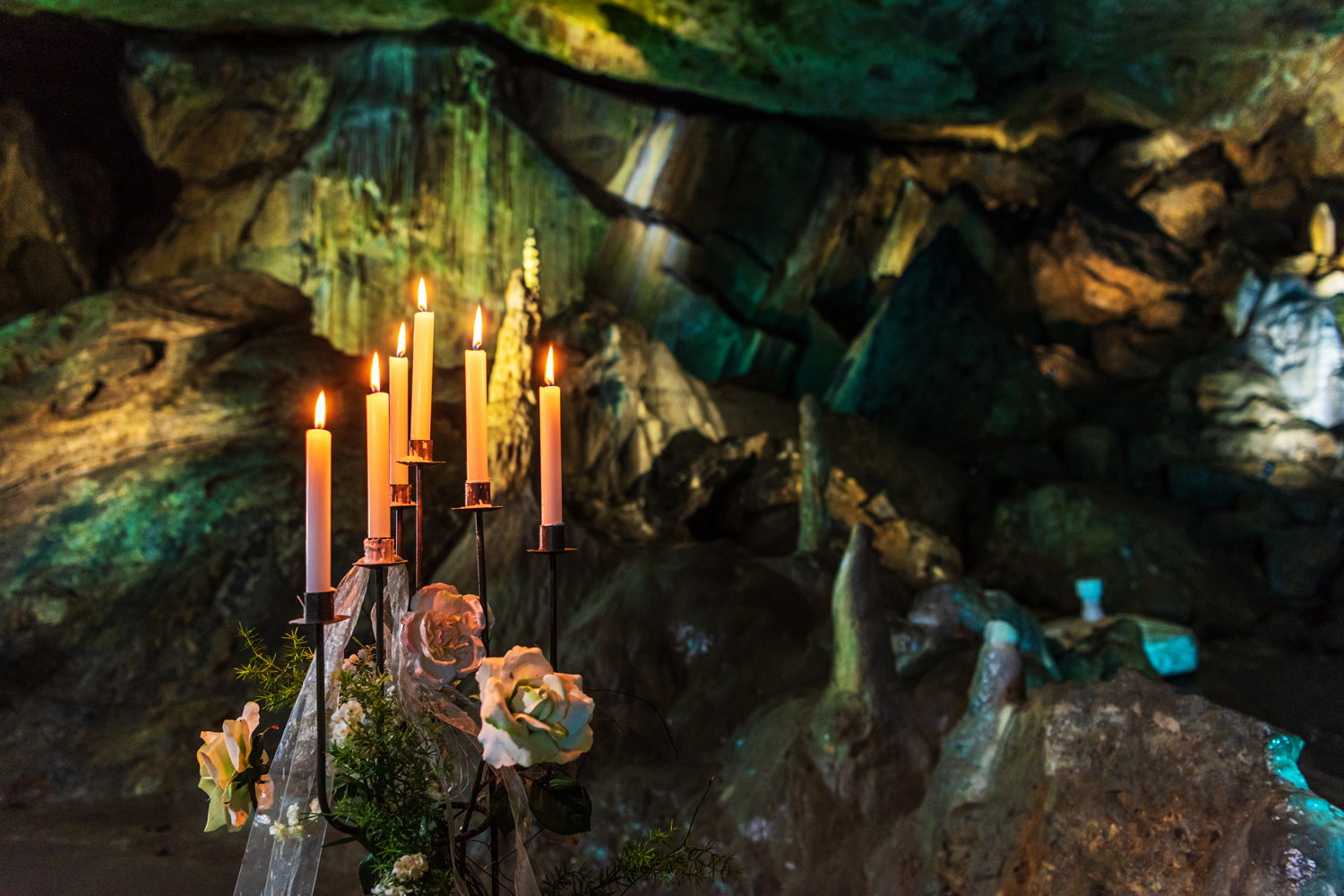 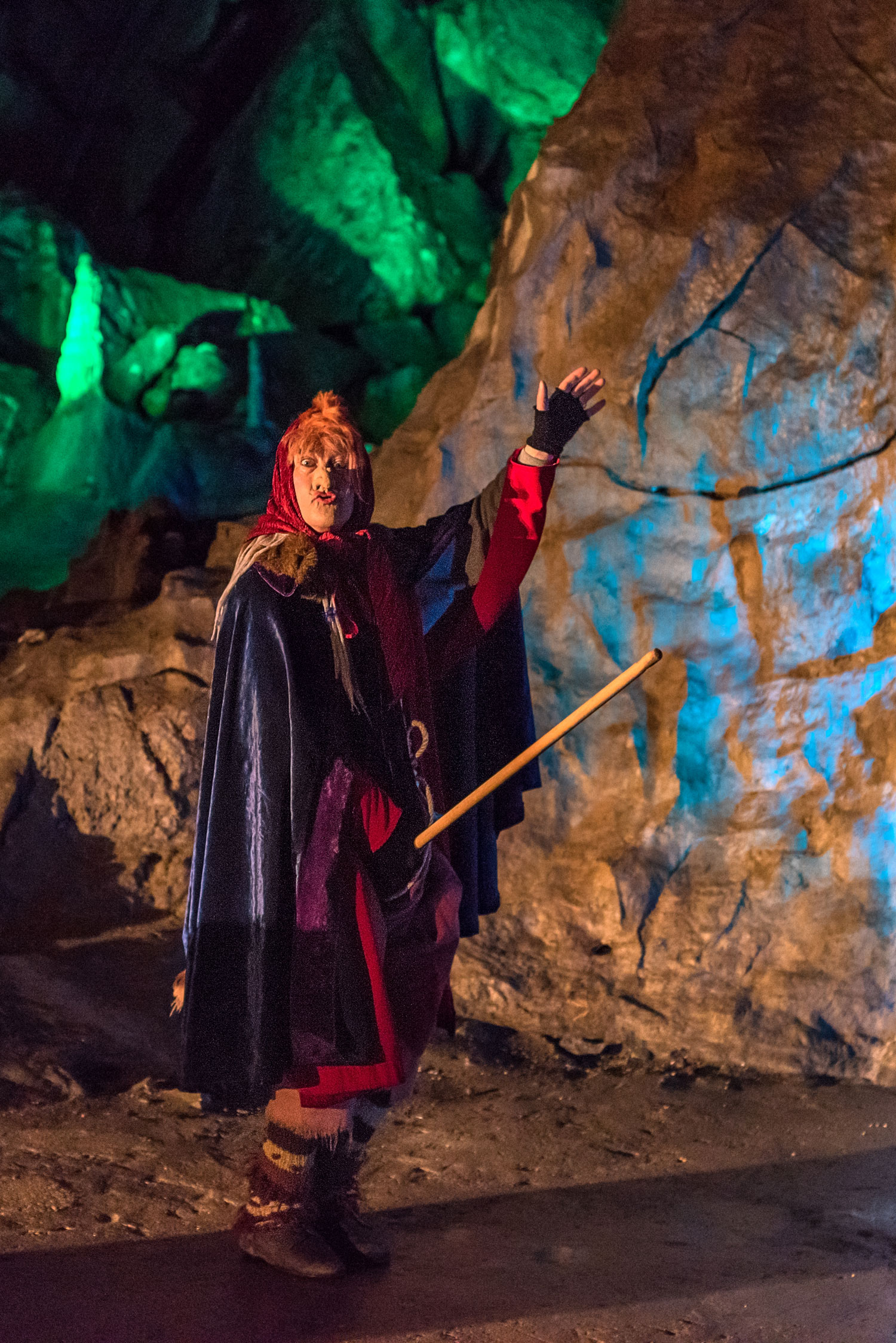 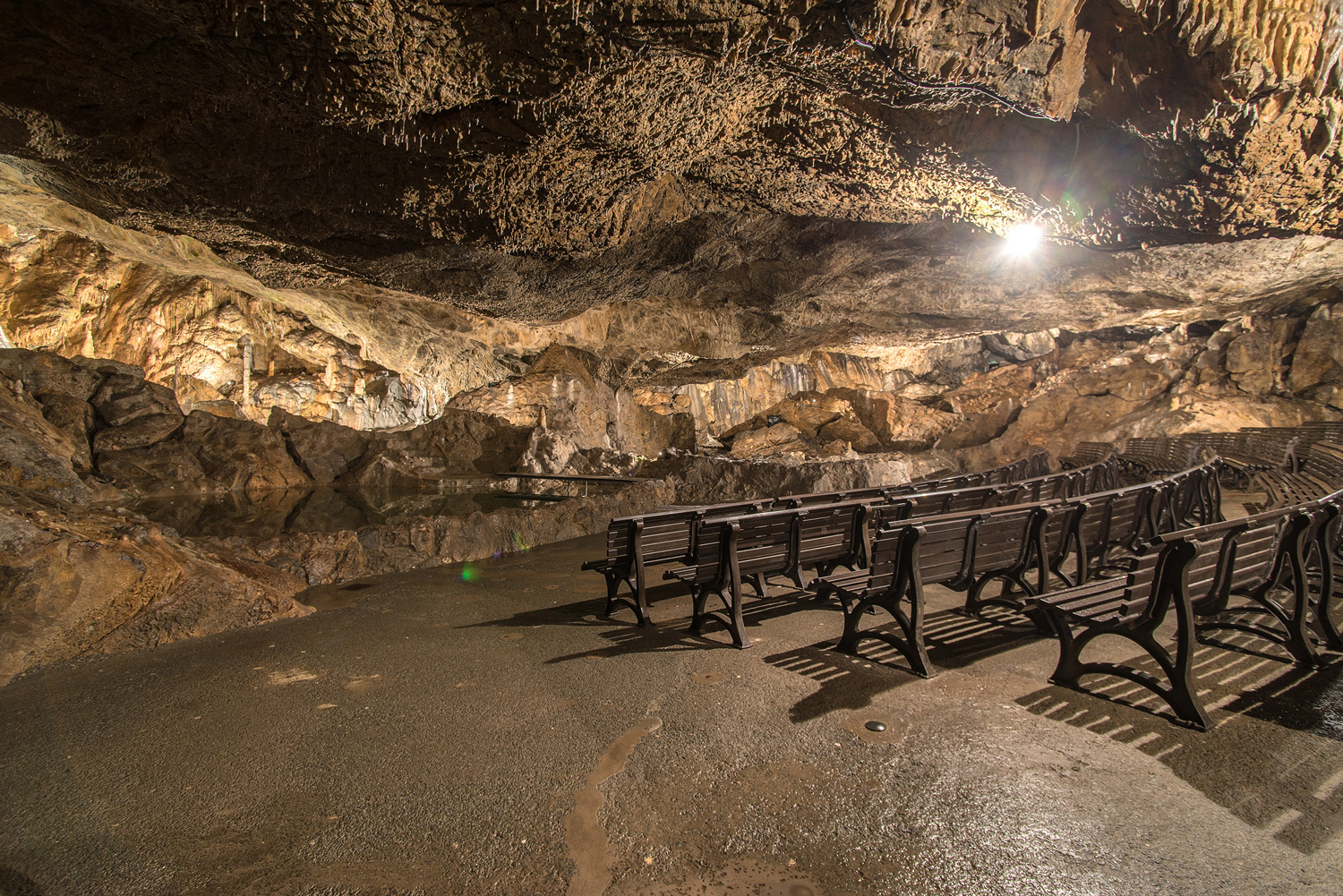 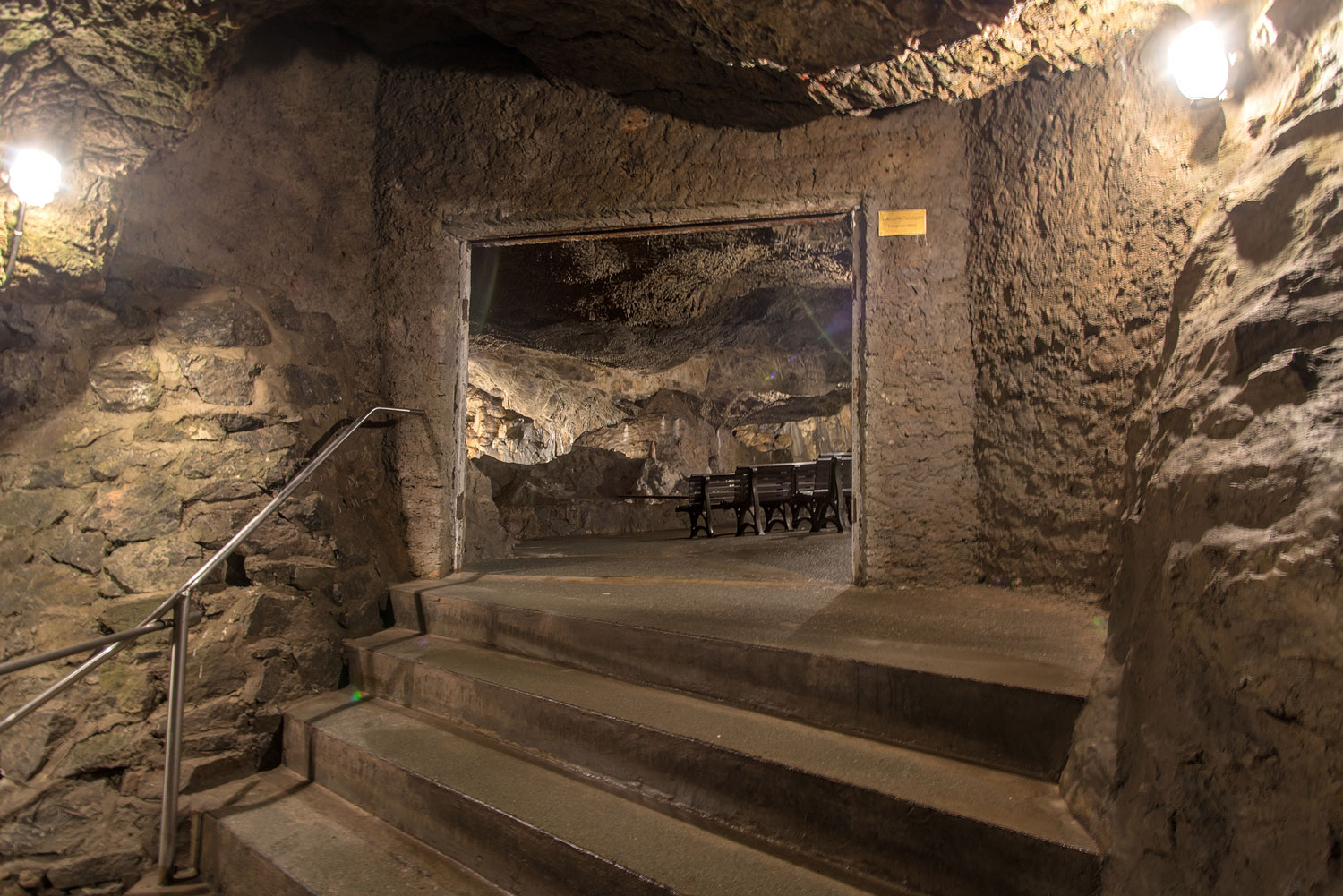 The Goethe Hall is Germany’s only underground natural stage. With the colorfully illuminated drip stones, it is a dreamlike and extraordinary scenery for theater events, concerts and company events.

A special highlight for couples: weddings also take place in the Goethe Hall, as this is the official branch of the registry office.